Everyone is toasting — except the bride and groom 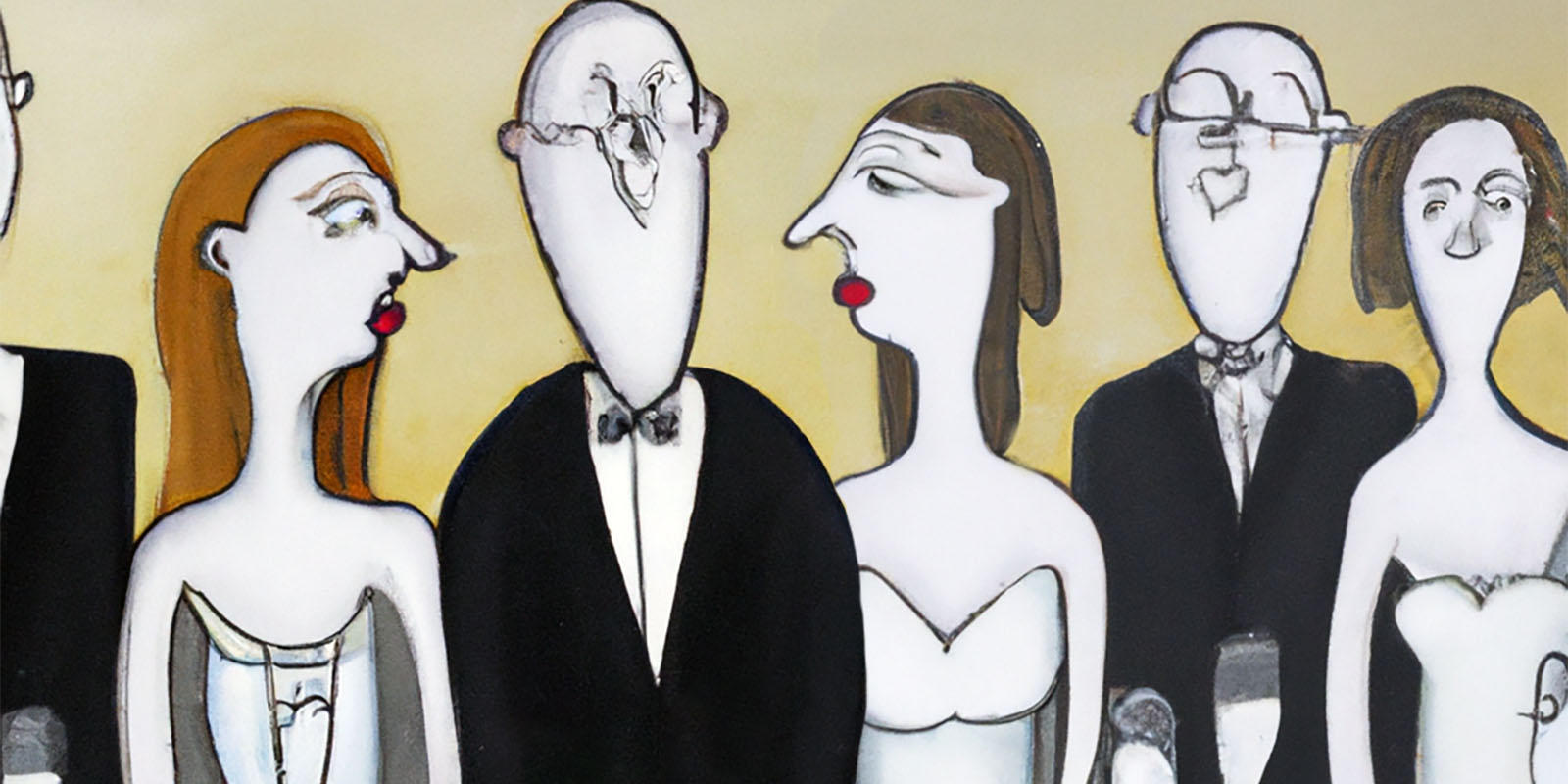 I recently spent a lovely few days in Manchester with my girlfriend and my wife.

Don’t worry, that’s the same person — we were there to get married.

The trip was wonderful, but it did confirm that being treated as both an adult and a non-drinker can sometimes be very difficult.

We held our wedding at Manchester’s beautiful Town Hall. As part of the package all the guests had Prosecco for the welcome and for the toast, and wine for the table. In addition we had a free bar.

Now here’s the issue: there were no adult alcohol-free alternatives.

We — I’ll be 13 years sober in June and my wife is 5 months pregnant — had to bring our own. To be fair they didn’t charge us corkage but they claimed no one has ever raised the issue before.

I really find that hard to imagine. Especially as I know how many weddings we supply drinks to at The Alcohol-Free Shop.

Our attempts to eat out at restaurants met with similar frustrations.

First up, big compliments to TNQ and Sweet Mandarin in the Northern Quarter. Both are great restaurants and both had one alcohol-free beer (although Sweet Mandarin didn’t have it listed on the menu — something I hope they’ll fix soon). More choice would be better though, and wine would be perfect.

But two other restaurants were not so good. Gio’s, opposite the Midland where we stayed, is a lovely friendly restaurant where I’ve eaten many times before, but they have no decent options at all.

I ended up with tonic water. It was either that or the horrible J20. They didn’t even sell San Pellegrino — a strange omission for an Italian restaurant. There may be some logic to this, but I have no idea what it is.

Possibly the worst offender though, and one that shows a deeper problem, was Rosso.

Rosso, at the top of King Street, is one of Manchester’s finest restaurants. Owned by ex-Manchester United and England footballer Rio Ferdinand, it’s set in a beautiful converted bank and has a very good reputation.

So on the last afternoon of the trip, before heading off to the airport, we went to Rosso for lunch.

The food was really lovely, and the surroundings beautiful. But, you guessed it, they had absolutely no alcohol-free adult drinks at all.

When I asked if they at least had an alcohol-free beer, I was told they didn’t but that we could take advantage of their lunch-time menu offer of bottles of wine for only £9.99.

When I explained my sobriety and Bea’s pregnancy, we were offered two drinks from the menu (I think they were some sort of apple/cider drinks). The waiter seemed to suggest they were alcohol-free but the menu said they were nearly 5% ABV. So, thanks but no thanks.

They did have San Pellegrino though — one up on Gio’s — but the 330ml drink I ordered from the menu turned out to be a tiny 200ml bottle.

So we ended up with one San Pellegrino each and a bottle of water. The cost of which was roughly the same as the discounted bottle of wine.

This presents two problems. Firstly, it leaves a customer like myself feeling slightly cheated that other diners are enjoying a bargain bottle of wine for only £9.99, whilst I’m paying the same for soft-drinks.

But more worrying is it actively encourages people to drink a bottle of wine (or more, I believe the offer is not limited to one) during lunch time.

Of course, there are times when it’s fine to drink at lunch. I’m not a prohibitionist and people can do what they want as long as it doesn’t affect other people.

Some of the customers were clearly people who don’t work (at least not 9 to 5) and were on a day out in Manchester from Cheshire or so. Apart from the question of getting home safely, what’s the harm?

But others were obviously having a working lunch.

When you price soft-drinks at the same price as a bottle of wine, you are — possibly unwittingly — pushing people towards that option.

At the very least, offer a similar discount on the soft drinks. Or better yet, stock some decent alcohol-free adult alternatives.

The idea that people won’t buy them doesn’t wash anymore. List it, promote it, and you’ll sell it. We have customers telling us this all the time. In fact we conducted a survey recently and from over 400 responses we found 66% said they would eat out more if restaurants offered alcohol-free beer or wine.

Look, it’s simple. There are lots of options these days. There are no excuses any more.

Many adults don’t drink these days. And by offering soft drinks or water you’re treating us like children. We’re not. We’re paying adult customers and we deserve to be treated as such.

Visit our web site and we’ll sort you out with some great drinks that will make your customers happy. List them on your menu and you’ll never be able to say ‘no one ever asks for alcohol-free drinks’ again.