How to drink more AND lose weight

🔊
No time to read? Listen to this article instead!

People are often surprised when they discover the calorie content their glass of wine, pint of beer, or shot of spirit contains.

Alcoholic drinks are packed with empty calories – that’s calories that can cause weight gain without providing the body with any nutrients. 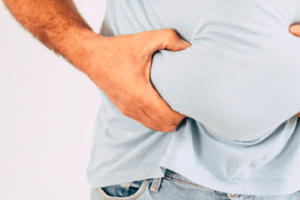 But you’d be forgiven for not knowing about the calories in alcohol because there is no requirement for drinks producers to include a calorie count on their labels.

Unlike virtually everything else intended for human consumption on the grocery shelves, the ingredients and nutritional values of alcoholic beverages can be kept secret.

The calorific burden of alcohol is very often overlooked. Many people, despite sticking to a sensible eating plan, fail to meet their weight loss target as they don’t realise it’s the beer that’s piling on the pounds.

The good news for those following a weight loss diet is that non alcoholic drinks such as alcohol-free wine, non-alcoholic beer and spirit and cocktail substitutes must be labelled with nutritional information.

This includes details clearly showing how many grams of carbs, fat, sugar, protein and salt, as well as the alcohol content, if any, and ingredients so you know exactly what you’re getting.

While you may find more sugar in some non-alcoholic drinks, in general a glass of alcohol – whether its a glass of wine or a pint of beer – will contain more calories than in low and no alcohol alcohol substitutes.

Those who want to reduce their calorie intake to help shed the extra pounds need to understand that their alcohol intake, especially with heavy drinking, can cause weight problems.

We all know about the beer belly, but wine, whether that’s white wine, red wine or sparkling wine, can all make us fatter than is good for our health.

As the impact of alcohol has become an increasing concern, so the market in alcohol-free drinks has significantly grown in recent years.

Even moderate drinking – which is about one or two drinks per day with at least two alcohol-free days a week – adds extra calories to our diet.

So, how do alcohol-free substitutes compare with regular beer, wine and spirits?

How many calories are in alcohol-free wines?

A standard alcoholic wine at 13% ABV has about 80 calories per 100ml. According to the global online diabetes support group diabetes.co.uk, you’ll find about 1g of sugar per 100ml in the driest alcoholic wines, while a medium alcoholic wine will have between 2.5 and 5g.

Diabetes.co.uk warns that alcohol can have a dangerous effect on blood sugar levels and can bring on hypoglycemia.

De-alcoholised wines contain roughly 75% less calories compared with alcoholic wines – but the calorific values do differ from wine to wine as does the sugar content.

Per 100ml, very dry wines such as Weinkoenig Sanus – which is especially suitable for people with diabetes – and Carl Jung Cuvée Dry have as little as 4 calories and around 0.3g of sugar.

A dry white wine such as Weinkoenig Riesling has just 12.6 calories while Romance en Blanc has just over 15 calories with 2.6g of sugar.

A dry red such as Weinkoenig Cabernet Sauvignon or Romance en Rouge have just over 15 calories per 100ml and about 3.6g of sugar

If you like a dry rosé, the Romance en Rosé comes in at 15.3 calories with just over 3g of sugar, and there are sparkling wines such as Pearl Blanc and Carl Jung Organic Sparkling White Wine which are both just over 15 calories with 3.3g of sugar and Pearl Rosé which has 14.9 calories and 3.6g of sugar.

An average non-alcoholic wine has around 20 calories per 100ml and sweeter wines will have up to around 28 calories with the sweetest going up to about 5g of sugar per 100ml.

De-alcoholised wine has all the heart-health benefits of regular wine, without the adverse effects, including powerful antioxidants such as resveratrol that help combat inflammation that can lead to heart disease and several different cancers.

How many calories are in alcohol-free beers?

For example the Belgian beer Jever Fun 0.0 has 13 calories in 100ml and 0g of sugar, Bitburger Drive has 22 calories and 0g sugar and both Super Bock 0.5% ABV lager and Super Bock Stout 0.5% ABV from Portugal have 23 calories and 1g of sugar. Ambar 0.0 Gluten-free beer is about average for a non-alcoholic beer at 27.5 calories and 3.1g of sugar.

Alcohol-free beers also contain the hops and nutrients of regular beer and many have isotonic properties, making them ideal thirst-quenchers after sport or a workout – and studies have shown that non-alcoholic and de-alcoholised beers can help reduce cholesterol.

They contain vital nutrients such as folic acid and B vitamins. In addition, in a German study, researchers found that alcohol-free beers can reduce the risk of blood clots so lessening the risk of cardiovascular disease without the negative effects of alcohol.

So any benefits for moderate drinkers are also provided in the alcohol-free version of your favourite alcoholic drinks.

How many calories are in alcohol-free spirits?

Many sources suggest that spirits contain the fewest calories of all alcoholic drinks, but that maybe because a standard measure of spirits is much smaller than a measure of wine or beer.

There are about 50 calories in a single serving of spirits which measures about 25ml. So if you add up the calorie content of 100 ml, that’s 200 calories. So, in fact, it’s not that far off the tally of other alcoholic drinks. Unless you use a light version of a mixer, if you add a tonic or other soft drink, or include it in an indulgent cocktail, you’re pushing the figures much higher.

Some non-alcoholic spirit substitutes are virtually calorie-free while other alcohol-free alternatives such as the gin substitute GinSin contain about the same calories but without the four units of alcohol that’s contained in 100ml of alcoholic gin.

How does drinking affect mood?

Some people find that alcohol helps reduce stress, but it’s not the healthiest way to cope with negative emotions.

Although a single drink may have a relaxing impact, if you’re using alcohol as a stress reliever you’re more likely to make it at least two – and that’s when alcohol starts to act as a depressant and lowers the mood.

Low mood, and the intoxication that comes with drinking alcohol, is more likely to cloud our judgement and have us reaching for the fatty or sugary snacks and comfort foods – and wreck a weight loss plan.

There’s nothing more likely to restore balance to body and mind and get those bathroom scales tipping back in the right direction than reducing your booze intake.

Even just a few weeks off the pop will get the skin glowing, the brain sparking and the zips fastening again.

Going to the gym is a great move as long as you have the money and the time, and cutting down on fats and sugars can’t do any harm.

But if you still lack energy, crave quality sleep, and find the flab won’t shift, you are probably storing up empty calories and the culprit is likely to be your alcohol consumption.

How many units am I drinking?

It can be quite a shock totting up a weekly drinking tally.

According to Department of Health guidelines, none of us should drink more than 14 units a week.

There are about 10 units in a bottle of wine . Two of those in a week and we’re in the ‘hazardous’ drinking zone, according to health advisors.

A pint of beer has about 2.5 units, cider can have as much as 3 units, while a shot of spirits is at least 1 unit.

Even the drinks industry, that relies on us all downing more to keep profits up, is now advising us to drink less.

The trade’s charity arm Drinkaware has adopted the government’s guidelines on abstaining from alcohol on at least two days a week and offers advice on giving up alcohol.

As well as the impact on our weight, our regular tipple can result in damage to our organs – liver, heart, kidneys, pancreas – raise blood pressure, and kill brain cells.

Most alcohol-free drinks do contain a small amount of alcohol – up to 0.5% alcohol by volume (ABV).

This is equivalent to levels of alcohol found in some fruit juices, cans of shandy sold as pop in newsagents, and even some bread products.

The vinegar we put on our chips is about 0.2% alcohol, and most cough remedies – including those aimed at children – have alcohol contents much higher.

So if you want a healthy metabolism, and it’s weight you want to lose, then the answer is to drop the booze.